Archive of Pathology Slides is the thesis of young artist Nikolina Kuzmić, presented in May this year at the HT Award for Croatian Contemporary Art at the Museum of Contemporary Art in Zagreb. The work is a wall installation consisting of six embroidered “tapestries”. It is a depiction of six malignant illnesses – carcinoid, gynecological cancer, bone cancer, squamous cell carcinoma, tuberculosis and trichinella. Along the tapestries there are three slides containing only the basic information of nomen nescio patients. Fascinated by the dead, morbid part of human nature, Nikolina connects two opposing worlds – the scientific medical and the artistic visual one. She uses Foucault’s Heterotopia as a starting point – the philosophical interpretation of space as multitudinous and different. In this case it is the archive as the heterotopia which served Nikolina as inspiration. More specifically, the archive of pathological slides. As the author states: The heterotopias of the graveyard and the museum were the starting point. The idea of archiving, pilling, collecting and recording, even that which is grotesque and morbid – “ugly” – was extremely interesting.
Thanks to a number of personal connections with friends who are in the medical field, she had a chance to get to know the process of creating pathology tissue slides, a type of test where human tissue is examined through a microscope, so-called biopsy. From there arose the desire to depict the illnesses as something natural and intimate. There lies her artistic expression, in the effort to connect the seemingly opposite, to make that which is considered ugly, discarded and unwanted familiar again. Morbidity, grotesque and the aesthetics of ugliness are the focus of her interest. Although a trained painter by vocation, she decided to express herself in the technique of embroidery which she has been practicing since childhood, when she was taught by her seamstress grandmothers. She always viewed the hobby as a medium with vast potential, and it was for that reason interesting to her to combine traditional expression and the form of recording with an analytical, almost cruel process. Using embroidery as a challenging, yet meditative process, she created gentle, aesthetically pleasing and attractive tapestries, transforming the microscopic depictions of the aforementioned illnesses. She used wool and thread on the background of carpet, felt and retex. The illnesses were selected at random (without any sentimental or traumatic reasons for their choosing).

Nikolina Kuzmić was born in 1994 in Split. She graduated Painting from the Arts Academy in Split in class of Professor Nina Ivančić. She held a few solo shows and participated in a few group ones. She presented the Archive of Pathological Slides at this year’s HT Award for Croatian Contemporary Art at the Museum of Contemporary Art in Zagreb. 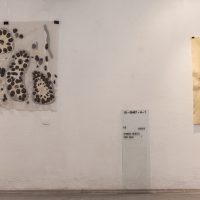 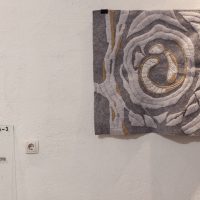 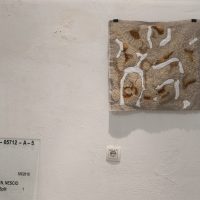 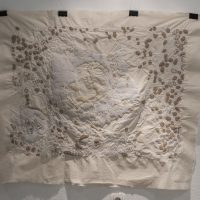 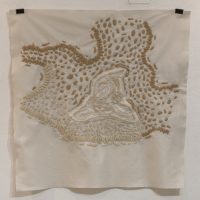 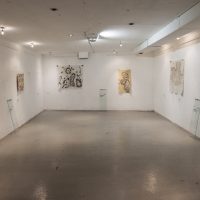 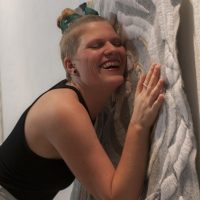 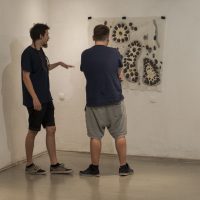 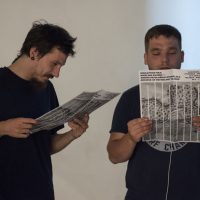 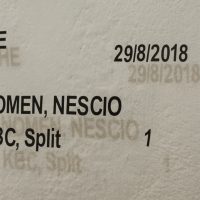 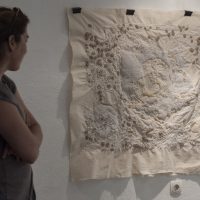 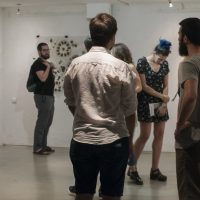 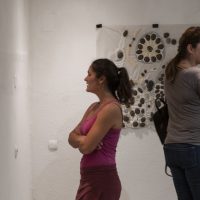 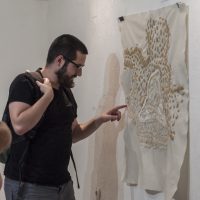 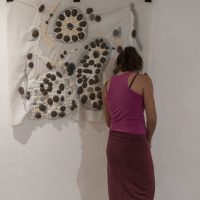 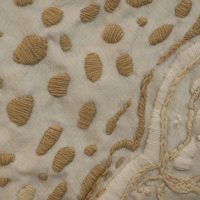 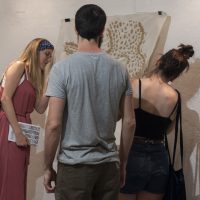 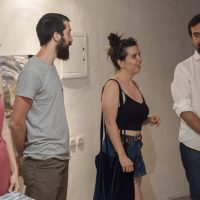 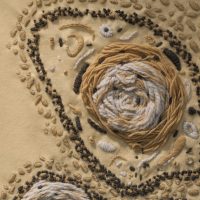 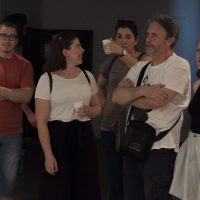 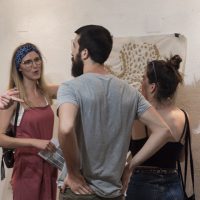 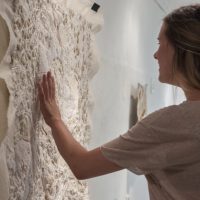 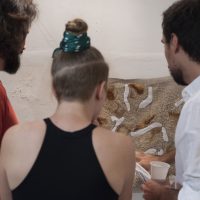 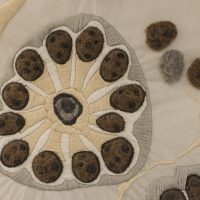 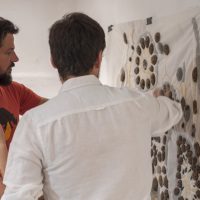 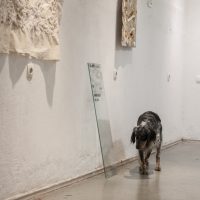 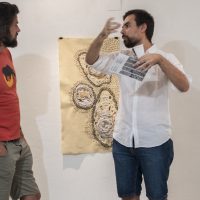 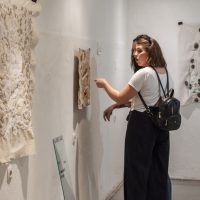 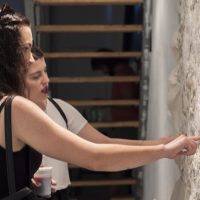