The installation consists of a door in the form of silhouette and three projections: standing, falling and broaching. All three videos are made quite simply, without unnecessary details and they show exactly what the title says.

Standing, just a pose, no action, it remains only to observe it. Although coming form social situations, relocated to the interior and without the participation of other people the action is stripped to the moment of non-action and resistance.

Falling is a response to the social situations in which the tension of the body is at maximum. This fall is not a loss of control, it is only the change of the attitude, relaxing the body, opposition to standing, the moment when standing ends, when it is necessary to loosen the tension of the body and mind. The fall evokes only a short social timeout.

Broaching as an action depicts narrow and limited space of our actions. 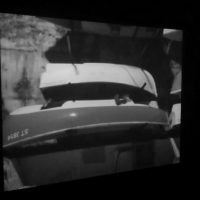 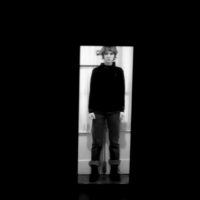 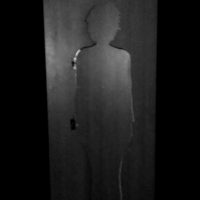 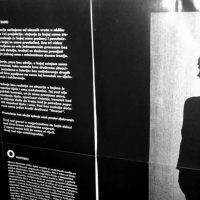 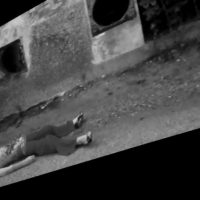 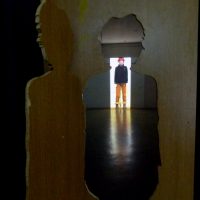 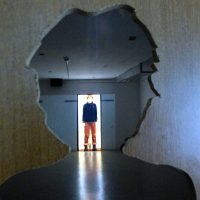