ABOUT THE WORK:
The “NMG” part of the title of our program NMG @ PRAKTIKA, which we are implementing for the tenth year in a row, is a label for NewMedia Gallery. Its intention was not to mark a physical space, but a space for experimentation, interdisciplinarity and research, production and presentation of contemporary hybrid art forms as well as collaboration between artists and curators, theorists and audiences. Fate, or luck, wanted us to use the Klub Kocka gallery (former “Praktika” – root of the second part of the “NMG@PRAKTIKA” title) for the tenth year in a row. We still consider it to be a temporary space for our project, but the basic conceptual backbone of the program remains the same. And that is why we are very much looking forward to presenting you a very contemporary work of art by a choreographer and cultural worker Sonja Pregrad. The work is a hybrid at its core, consisting of performance and exhibition, which simultaneously confront and collaborate, intertwine and complement each other, creating thus a complex art project that essentially deals with the relationship between object and subject, including the audience in the very creation of performances and exhibitions, which are therefore always different.
Sonja Pregrad’s hybrid experimental art project “Carnival Tent Rust in the Autumn Breeze – un/packing of objecthood” is the culmination of a seven-year work cycle on the subject of body objectivity, movement and art. The work itself is a recontextualization of her final work at the MA Solo / Dance / Authorship graduate study in Berlin in 2013. The first half of the title of this work functions as a poetic image related to the building of the theater – its function (carnival tent, space of social spectacle) and its objectivity (rusting in the evening during the show). The second part of the title is a key principle of work and a verbal key to viewers who in some way begin to unpack the idea of ​​the work. It also refers to the titles of major problem exhibitions that often have two parts: illustrative and programmatic. It is the appropriation of Graham Harman’s sentence and an example of rewriting, i.e. materializing theoretical and artistic references in one’s own language of strategies and materials: ‘The carnival tent rustles in the evening breeze, disturbing the mood of those approaching…‘
The space is meant ambiguously, as an exhibition and as a performance, and it performs/exhibits nine objects – a sentence written on the wall, a teenage diary, theater as a dispositive of attention, a reference to the work of “Meeting Point” by Sanja Iveković, clothing purchased at the bankrupt Kamensko factory, performance as an object made up of time and the presence of the body, sugar cubes, objects borrowed from the audience, and dance as an object. Choreographic, but also – in general – artistic play with evasion of the dispositive of visual and performative, material and immaterial, context and abstraction, are the reasons that can give this work relevance and intrigue within the context of performance and visual arts and beyond. In a very thoughtful and innovative way, Pregrad intertwines and problematizes a whole range of symbols, while skillfully tilting space and time in a choreographical manner. She is revealing this layer by layer in her performance, and then actively includes us in finalizing the artistic process.

ABOUT THE ARTIST:
Sonja Pregrad (CRO, 1980) dance artist. She holds a master’s degree from the Universitaet der Kunste Berlin, and she also studied at the ArteZ institute in Arnhem, SNDO in Amsterdam and Codarts in Rotterdam. She was awarded as one of the organizers of the festival and initiative for the affirmation of improvisation in Croatia IMPROSPECTION, she won three Croatian Acting Awards, three awards of the Croatian Professional Dance Associations, and special recognition at the 26th Slavonian Biennale (for the work ‘Carnival Tent’). Sonja deals with (i)materiality of dance and the choreography of relationships. In her work, dance is always thought of as a contextualized and relational gesture. She is the author of over 30 solo works and collaborations, created in Croatian production but also through international co-productions with organizations such as mimoOs, fabrik Potsdam, Brain Store Project, Uferstudios Berlin, Theatre de Nimes, Long Life Burning Network, etc., which were performed at festivals such as Week contemporary dance, Croatian ITI Showcase, Eurokaz and Platform HR, Tanztage and Tanznacht Berlin, Uzes danse, Stamsund festival Norway, Bazaar Prague, Off Europa Leipzig, Explore festival Bucharest, etc.
She is a member of the collective that runs the ANTISEZONA (ANTISEASON) program at the Museum of Contemporary Art (since 2018), and is one of the co-founders and organizers of the IMPROSPECTION festival (since 2007). Until 2021, she has been the co-leader of the art organization ‘Four-Handed’, and since 2021, she leads the art organization ‘Object of Dance’. She regularly teaches at the Dance Department of the Academy of Dramatic Arts and at the Department of Animated Film and New Media of the Academy of Fine Arts in Zagreb, at the ROAR program in Berlin and elsewhere. She lives and works in Zagreb and Berlin, networking artists, scenes and organizations through numerous projects. 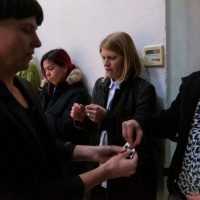 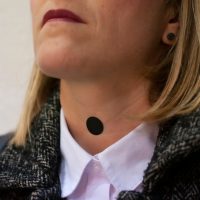 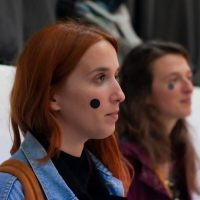 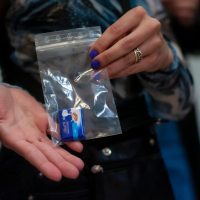 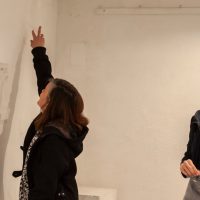 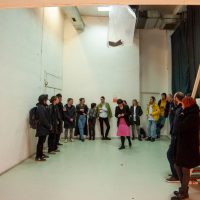 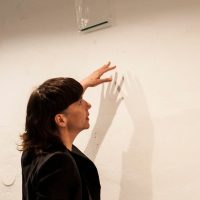 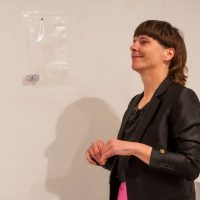 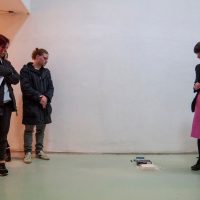 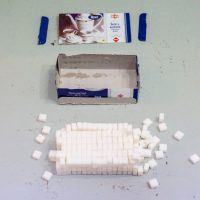 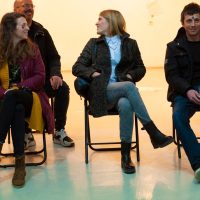 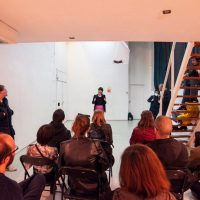 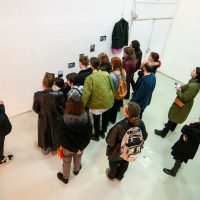 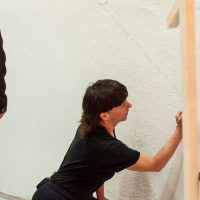 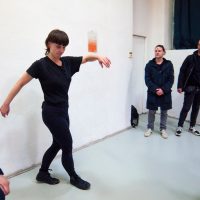 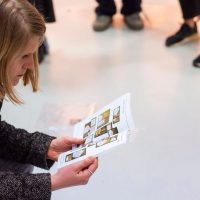