ECHO OF A LANDSCAPE

There is something about that horizon. Something about that landscape.
A few years ago I found myself in a Slavonian field. I stopped by the road to stretch my legs and breathe some fresh air after a long drive. Plains all around me. Only a couple of trees were disturbing the otherwise ideally straight line of the horizon. The skies are up there, the earth is down here. Two elements in perfect balance. The only thing that changes is the intensity of the light. It was a gloomy day, late in the afternoon. A mist began to appear on the horizon, nullifying the line between heaven and earth, turning them into one. I enjoyed watching that makeover for a while, before getting back in the car and moving on. I’ve seen enough, and you need to leave while it’s safe.
I met Ivana Škvorčević at her solo exhibition at the Kazamat Gallery in Osijek. Although I came to the gallery just before closing hours, Ivana offered to take me through the exhibition, not caring about how much time that would consume. I remember looking at her paintings, installations and video works. I thought it was completely logical that these works were created in Osijek, in Slavonia. I thought that there was something in that horizon and that landscape. Something that defines you.
The works in that exhibition were reduced to the simplest elements: black and white surfaces or fields, such as sky and earth, clearly separated from one another. Forms, reduced to a sign, yet a sign emptied of meaning. Anonymous form with no additional narrative. Content reduction, display reduction. Much like fog nullifies recognition: only traces remain.
There is a thesis that in personal and social character you can find something conditioned by climate, way of life, and the way of creation. I repeat and confirm that thesis to myself. Over the years and relatively frequent visits to Osijek, I met colleagues (today friends), and their work. If I could cite something that could be characterized as an element that connects artists from Osijek, it would be a tendency towards reduction. Propensity to discharge from any excess.
It is an artistic circle within which Ivana moves and acts. She shares similar interests, approaches and principles. Formed as an artist in such an artistic landscape, Ivana cultivates common inclinations without falling into the trap of repeating already seen solutions or taking over other people’s formulas. Ever since our first conversation, when she took me around her exhibition, I realized that Ivana knows what she is doing and why she is doing it. Clarity and purity of performance and reflection on art is also present in this exhibition. The ambient installation Tempting the Image consists of minimalist forms and shapes arranged in the gallery space. We could refer to them as paintings and sculptures, but that is not their primary purpose. They serve more as markers in space. They define an environment that is in constant change, transformation. By changing the light, i.e. the frequency of electromagnetic waves, the experience of the whole environment changes. Every form, no matter how precisely executed and compact, loses its strength and clarity.
No matter how rationally we explain the individual elements of this exhibition, or try giving them a clear definition/formula, or clarify the form and structure, most of it would still remain out of our reach. This is not about rationality, but about intuition. Rationally designed and executed, this work does not seek to be understood or interpreted, but to be experienced. What makes this ambient is not its content, but the feeling. Let’s dive into it and surrender to it.

Ivana Škvorčević, 1994. Nova Gradiška. Completed the undergraduate study of fine arts at the Academy of Arts in Osijek in 2017. and obtained a bachelor’s degree in fine arts- univ.bacc.art.,won the Dean’s Award in 2016, the second award for young contemporary artists Golden Watermelon in Pula and the third award in 2017., at the II. International Student Biennial for the work of Vibrations registered in intaglio. In 2018., she became a member of HDLU Osijek. As an artist, she has had six solo exhibitions, participated in numerous group exhibitions in Croatia and abroad. In 2020., she is on a study exchange at the Staatliche Akademie der Bildenden Künste Stuttgart, painting, in the Reto Boller class. In the same year, she graduated in the department of Visual and Media Arts at the Academy of Arts and Culture in Osijek, and obtained a master’s degree in art education, mag.educ.art. Her activities include art installations, expanded painting, and video and photography. 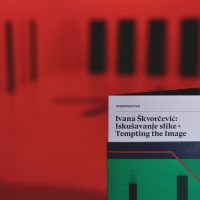 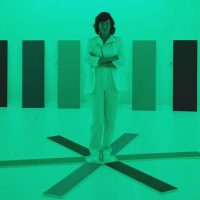 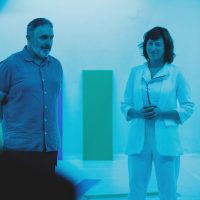 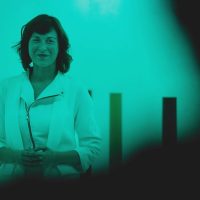 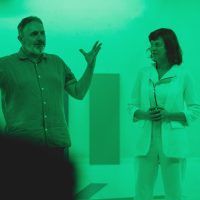 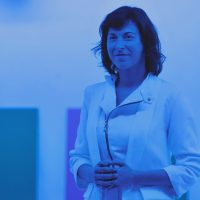 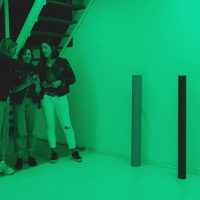 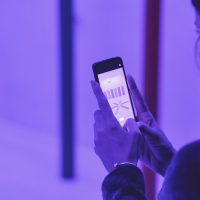 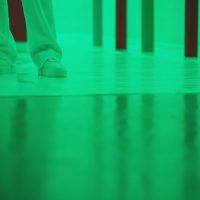 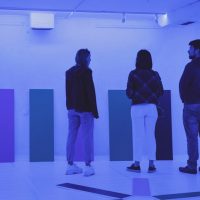 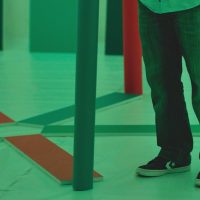 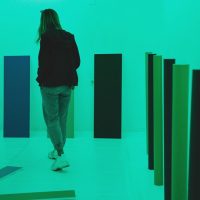 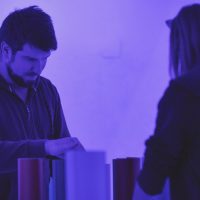 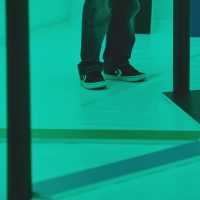 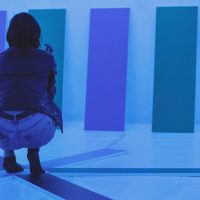 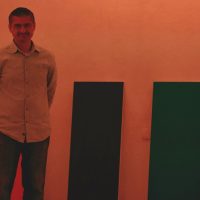 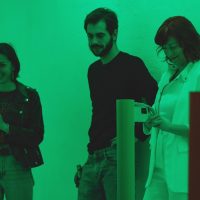 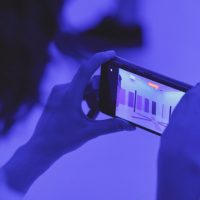 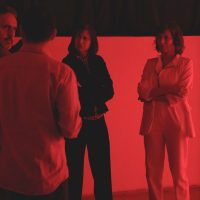 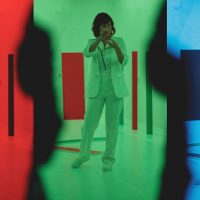