══════════════════════════════════════════
ABOUT THE WORK:
The biblical story of the rebuilding of Babylon after the Great Flood (a story told in ancient India, South Africa, South America…) also includes the story of building a tower on water, one which would allow people to ascend to God. Reaching the disembodied divinity was a human attempt to materialize the immaterial, and wrathful God then brought chaos to the people, causing the tower to crumble and the material was completely dematerialized – an ironic and sad result of a futile attempt to reach the divine.

Humans continue similar efforts in modern times: they use almost magical transhumanist concepts of the metaverse, cryonics, and virtual and augmented reality to extend and expand our existence into dimensions beyond our bodies. People today are building a (metaphorical) tower –  an effort that will (most likely) be stopped by some entity.

As is the case with that proverbial tower, even the existence of Semiramis’ Hanging Gardens is unproven and they have existed for centuries exclusively as an idea, a fruit of speculative imagination, which is why the Gardens acquired the characteristics of a virtual and mystical environment.

With this exhibition, Gaia Radić presents a site-specific spatial installation in which, through fairy-tale animations, she deals with the concepts of a simulated landscape, as well as the role of organic nature in the context of contemporary “screen” everyday life. Multicolored cables in the space imitate roots, stretching along the walls and floor and hanging from the ceiling, reminiscent of lianas.
As the artist states, each of her hyperrealistic animations presents a simulacrum, and each “simulacrum” comes with subtitles – appropriate biblical quotes about Babylon as a city, but also as a spirit/Anima. Gilles Deleuze’s quotes are joined with the biblical quotes as a sort of a tool for explaining what “virtuality” is, as well as divide (or join) reality and simulation of reality. In that magical relationship, it becomes unclear (and irrelevant) where reality ends and simulation begins. Then we realize that technology is the closest man will ever come to magic.

ABOUT THE ARTIST:
Gaia Radić (Pula, 2001) is a young new media artist primarily working in the field of computer graphics and 3D modeling. She is simultaneously studying sculpture at the Academy of Applied Arts in Rijeka and architecture at the Faculty of Architecture in Ljubljana. At the Faculty of Architecture in Ljubljana, she also works as a student assistant in the course ‘Digital methods of presentation’. So far, she has had the opportunity to participate in more than twenty group exhibitions in Croatia and Slovenia, most notable collaborations being with the Center for Innovative Media (CIM APURI), Kortil Gallery from Rijeka, UR Institute from Dubrovnik and Metamedia Association from Pula. She held her first solo exhibition entitled ‘Worlds’ in January 2021 at the SKC Gallery in Rijeka, which was co-financed by the Student Cultural Center of the University of Rijeka. She is the youngest member of the Croatian Association of Visual Artists of Istria and has also held multiple educational lectures and workshops on 3D modeling, new media art and virtual space. She is the winner of the second Erste Award of the 36th Youth Salon and a finalist of the Golden Watermelon 6.0 Award for Young Artists. 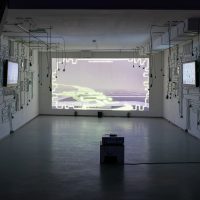 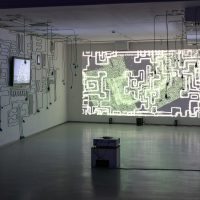 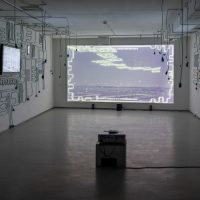 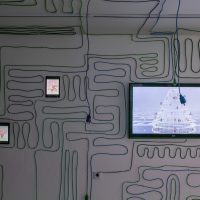 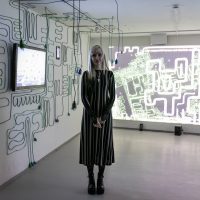 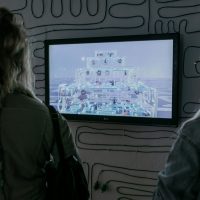 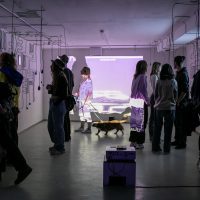 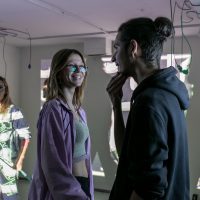 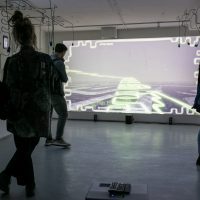 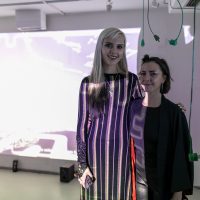 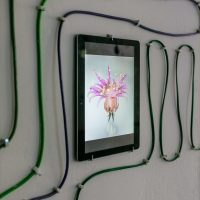 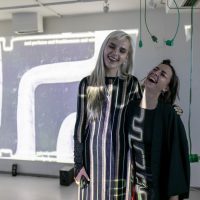