Curator school is a non-institutional education program that’s been implemented since 2016 by the Mavena association. The School aims to educate young art historians, artists and other culture workers and to train them to create new and innovative curator programs in Split and beyond. Each year with a new topic, an international team of artists and curators offers participants an insight into curatorial practices from different European perspectives. The team also introduces them to different ways of working with a selected topic and provides them with a foundation for international cultural cooperation.
This year’s theme of the Curator School (Real but not true: Myths about femininity) deals with women’s issues from two different perspectives: through the works and exhibitions by Adela Jušić (“Real but not true”, which will be set October 14-22) and Glorija Lizde (“Becoming: Myths about Femininity”, which will be set from October 25 to November 2, 2021), as part of the program NMG@PRAKTIKA by Mavena.

The first day of the Curator School is dedicated to the work of Adela Jušić. She has been exploring the participation of women in the National Liberation War and the related politics of remembrance. She is especially interested in the key period after the Second World War in which women, after fighting side by side with men, rebuilt their destroyed homeland. Then, they were manipulatively “placed” back to their homes, houses, kitchens and bedrooms. Jušić believes that the emancipation process of women in the former Yugoslavia has been greatly reduced, even stopped for a while, and her artistic and activist work is focusing on the means to (re)create policies of memory, related to the role of women in that time.

Additionally, a lecture “Političke putanje ženskog pitanja i organiziranja: od AFŽ-a do danas / “Political Paths of Women’s Issues and Organization: From AFŽ to the Present” will be given by philosopher and theorist Tijana Okić, one of the editors of the WAF collection “Lost Revolution: Women’s Antifascist Front between myth and forgetting” (2016). The lecture aims to question the women’s issue today. The division of the feminist movement has always been a sore-spot when we talk about women’s organizing. What do these lessons teach us today? How self-evident are our rights today; how subject are they to the political trading and bribery; and where do we stand today with an understanding of the role, function and position of women in post-Yugoslav societies? Are we witnessing a general regression and why? These are some of the issues we will deal with, having in mind the comparative analysis and the problem of the women’s issue in the countries of a so-called realistically existing socialism and in the so-called welfare states.

The second day of the Curator School, October 22, is dedicated to the work of Glorija Lizde, who is presenting her exhibition “Becoming: Myths about Femininity”. Starting with Simone de Beauvoir’s maxim – “One is not born, but rather becomes, a woman.” – Lizde is here exploring the concepts female and feminine, using staged photography based on socially accepted myths, legends and general beliefs about who, or rather, what is a woman.
Photographing young women at an age when their gender identity matures, Glorija is seeking to encompass the experience of growing up into a woman and to dispel myths about the “nature” of women, in order to clarify and raise awareness of the difference between what is naturally conditioned (female) and what is socially constructed (feminine). The archetypal symbols that are introduced into these scenes (in the form of objects or body positions of the protagonists) are used to draw attention to the long-standing practice of treating women as mythical beings.

A broader overview of feminist interventions in recent Croatian art will be introduced to us by art historian Petra Šarin, through a lecture on “Feminist interventions in Croatian art after 2000: Problems and critical positions.” In her thesis, and now in her doctoral research, Šarin deals with issues such as the theoretical and disciplinary field from the perspective of feminist criticism, analyzing the strategies used by Croatian contemporary artists as a response or reaction to socio-political reality. The first part of the lecture will introduce the theoretical framework and feminist methodologies, i.e. critical-analytical apparatus with a theoretical basis in related sciences, and the second part of the lecture will refer to the analysis of feminist interventions in Croatian contemporary art through four problem units that are dealing with the topic “women in public spaces”. The aim of this lecture is to bring a new perspective on the current situation and to shed light on the positions of feminist criticism in Croatian art as well as to ask questions for further reflection on issues that are insufficiently theoretically contextualized, and marginalized or completely underrepresented in the academic curricula.

The curator school is free for all participants, it is possible to attend it online or live (Class, Youth Center Split), and you should register by e-mail mavena@mavena.hr no later than Tuesday, October 19, 2021.
The Curator School is a program of the association MAVENA, which is produced in cooperation with the Coalition of Youth Associations, Multimedia Cultural Center Split and the Youth Center Platform, and is funded by the Ministry of Culture and Media. The work of Mavena is supported by the National Foundation for Civil Society Development and the Kultura Nova Foundation.

CURATOR SCHOOL 2021 / Real but not true: Myths about Womanhood – SCHEDULE 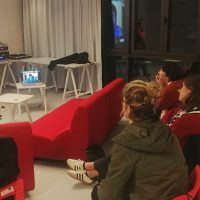 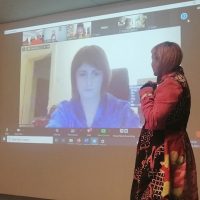 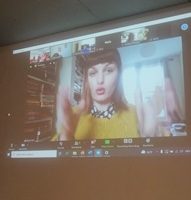 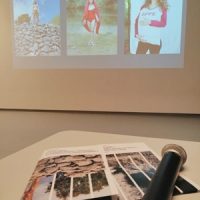 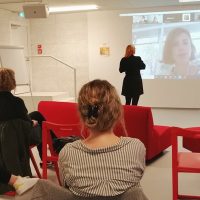 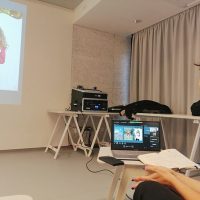 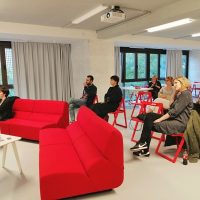 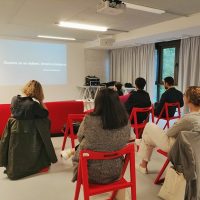 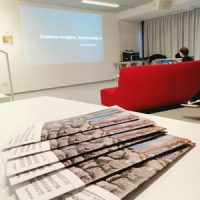 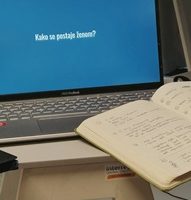 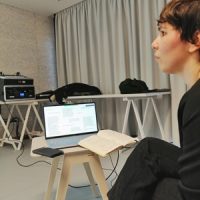 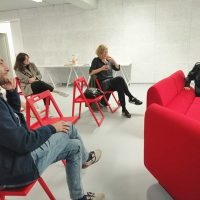 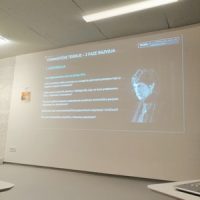