Festival of experimental and improvised music and sound art

Although experimental music festivals in the world date from the 1960s, experimental and improvisational music scene in Croatia is largely neglected, in contrast to the scene in the neighboring countries and in Europe and worldwide. This scene, although there are outstanding representatives in Croatia, doesn’t have festivals nor specialized clubs, and usually takes place on the sidelines and in the off programs of jazz and audio art festivals and festivals of contemporary music. Publishing, criticism and reception of this type of art are also small, because it has no commercial note nor great visibility and popularity, and national and local public issuance for it are insufficient for shaped and continuous development of the scene. So we decided to launch this festival of improvisation and experimental music and sound art, first of all to bring the general public closer to the Croatian artists who deal with this kind of contemporary art, but also to host improvised and experimental artists from abroad in Croatia, and also to encourage cooperation between Croatian and international musicians, get the audience closer to the different types of sound art, and ultimately educate the public and offer them a quality program specializing in the sound art.

Festival ISPOD BINE is composed of experiments of various kinds, ranging from the implementation of which will take place in the space below the main stage of the amphitheater in the Youth Home, and this will be the first use of the space for that purpose, through artistic experiments where the audience will be able to witness throughout the program of the festival, up to the visual identity of the festival, which was made by the design duo Kazinoti & Komenda, who created the new font for this festival.

The idea and the programming of the festival were made by Natasha Kadin, producer and manager of several experimental musical projects, and Hrvoje Pelicarić, sound artist and sound engineer, who, for the first edition of the festival, selected cross-section of different types and ways of experimenting with sound and music.

Therefore, the festival ISPOD BINE, begins with audio-visual performance symbolically named “Everything starts somewhere…” by one of the most active Croatian artist Ivan Marušić Klif, followed by the concert of famous Slovenian experimental trio Drašler / Drašler / Resnik, and the first night we finish with the ambient audio-visual performance of British-Croatian duo Zon On N.

The second day of the festival begins with the IMPRO TALK with all guests of the festival on the status, challenges and opportunities to improve the experimental sound art scenes of different countries and in the international context. The festival continues with the collaboration of musical ensemble of the Art Academy in Split, led by Gordan Tudor, S/UMAS, who will be performing improvisational concert in collaboration with the Ensemble Hopper of the Royal Conservatory in Liege, Belgium, prepared in residence at the Student center Zagreb just before this festival. And the second night ends with true improvisation. We will listen to Garbage Epic Ensemble who was established in the summer of 2016 as part of the platform Silba Environment Art, when musicians Miro Manojlovic, Ivan Marincel, Igor Pavlica and Fran Krsto Šercar played a masterful concert on instruments made from waste collected from the beaches, and this will be their second performance.

The last day of the festival begins with the performance of the band composed of bards of experimental music in Croatia, for the occasion called LILA, which in Sanskrit means game, with Sven Buić on bass, Damir Prica Kafka – Capri on saxophone and Kruno Levačić on drums. After this, we will have to honor to host globally known experimental noise band ZU from Rome, who, after tour and recording break, released the album “Goodnight Civilization” in 2014, and “Cortar Todo” in 2015, and this will, after over 2000 played concerts around the world, be their first concert in Split! Evening and festival closing after party will be held in Chillton bar with DJ Howard Jaques, and in the hope that in these three diverse and intense festival days we will be able to delight our audiences and create new fans of experimental and improvised music and sound art in Split.

The festival organizer is an association Mavena, donor are the Croatian Bank for Reconstruction and Development, Ministry of Culture and the City of Split, and media sponsors are Muzika.hr, Ravno do dna and Dalmatinski portal. 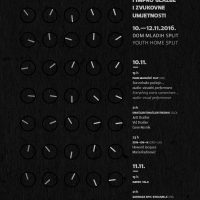 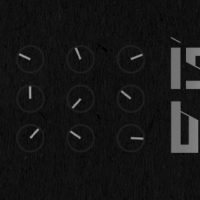 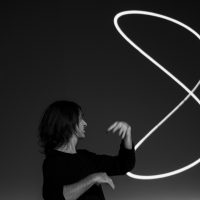 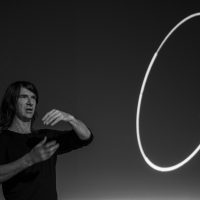 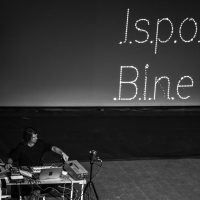 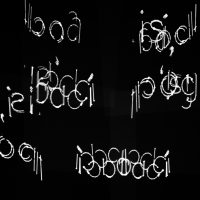 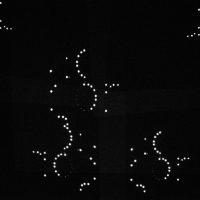 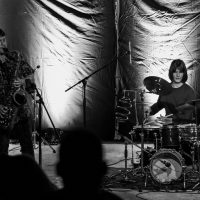 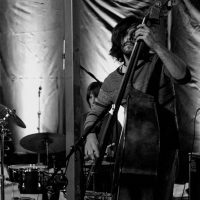 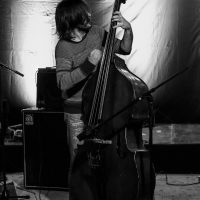 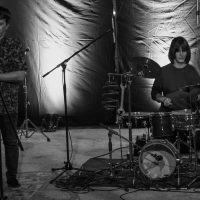