Artist Kristina Marić is exhibiting the interactive computer installation titled Duel, where the observer is confronted by the artist in virtual space in real time. The work focuses on the relation between the observer and the aforementioned artwork. After entering the exhibition space, the visitor gains access to a white gun, with which he can assassinate the character of the artist in the projected video. What intrigues Kristina is the reaction of the observer and the contemplative moments after they leave the duel. The provocation hidden in the decision to leave the duel is evident in the fact that the artist’s character remains still on the screen looking back, while the observer leaves with a new experience which they have just taken part of. The question that the artist poses is do the observers themselves feel exposed and vulnerable or do they occupy a dominant position? As she states:

“It is a paradoxical duel between oppositions: the real and the virtual world, the audience and the artwork. Every side is in a specific advantage compared to the other one. The figure is unarmed, but her strength and the ability to fight back are evident in her constant regeneration and apparent permanence.”

The second part of the work is the performance “On the gunpoint”. The video projection of the performance is shown in this exhibition. The author now takes the dominant role by holding a photosniper in her hands. Calmly waiting for the visitor to come into position, she raises the camera and takes a shot, thus creating a photo documentation of the encounter. The potential anxiety of the visitor is highlighted here due to the nature of the photosniper, as well as the exposure and a certain endangerment at the hands of the author. Although her works are esthetically pure, clear and somewhat “cold”, that which shapes them is the participation of both audience and author. That interaction of the visitors creates an uncertainty, and with a dose of the dramatic, transforms the work into an infinite process, opening a number of themes regarding the relationship between the author, artwork and audience, with emphasis on the real/virtual world and changes taking place within them.

Kristina Marić is a multimedia artist born 25.12.1990 in Đakovo. She graduated from the Academy of Arts in Osijek in 2015, where she currently works as a research assistant. She exhibited in a number of group and solo shows. She is a finalist of this year’s Radoslav Putar Award for young visual artists. 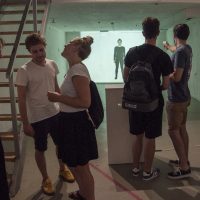 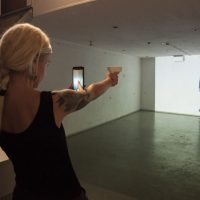 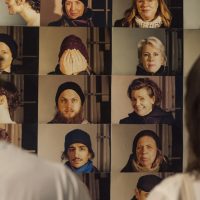 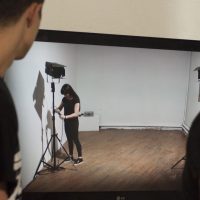 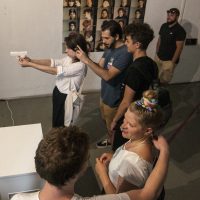 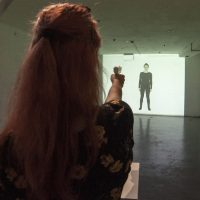 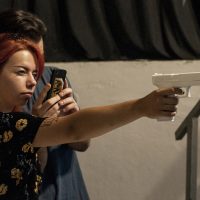 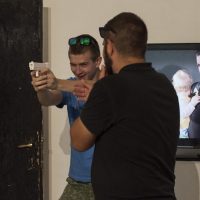 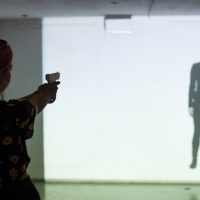 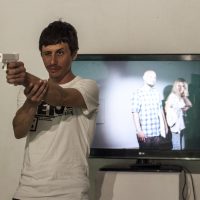 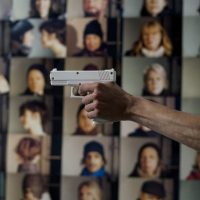 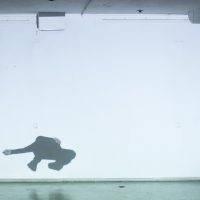 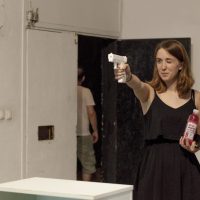 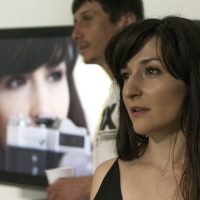 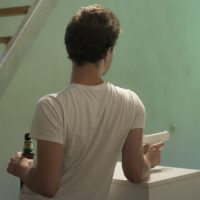 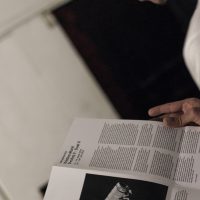 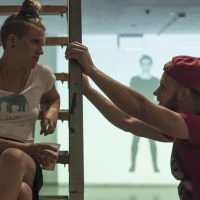 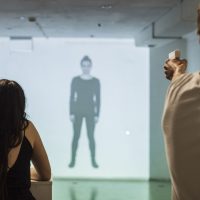 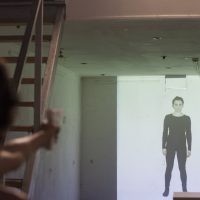 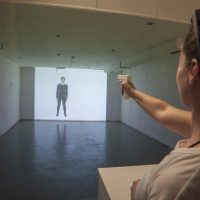 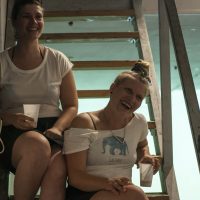 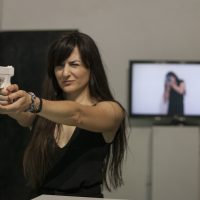