ABOUT THE WORK
in his work Help Ivan efendić brings back symbolical categories of “up” and “down” to the their original spatial relations. Positioning himself in both positions he negotiates these categories. In position “up” the author is dominant, controlling the other; “down” he is powerless, trapped in his position, subordinate to the other.

From up he is throwing a rope that could help the one from below. However, he does not allow him to catch the rope and thus shows his power, ie. the impotence of the other. Video installation shows the performance in the gallery is realized put up with two interconnected video. The real spatial relations are thus transformed into symbolic ones and the observers si caught in the middle, provoked to consider them. With this work the author talks about social determination of positions of power and their fatalistic acceptance.

ABOUT THE AUTHOR
Ivan efendić was born in 1990. He is a student at the Department of Film and Video at Art Academy in Split. This is his first solo exhibition. 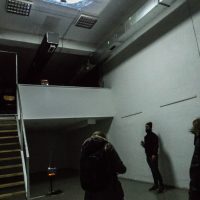 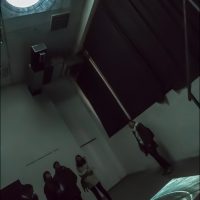 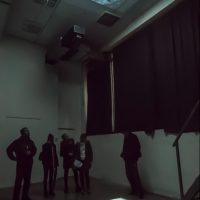 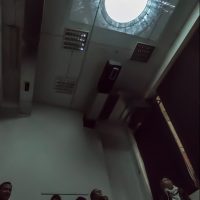 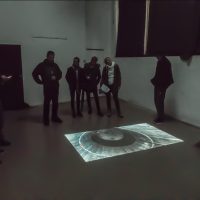 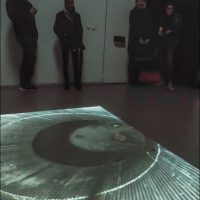 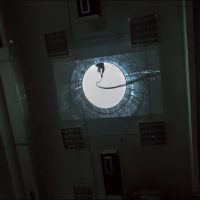 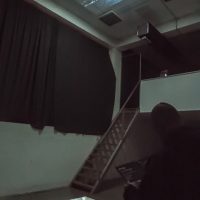 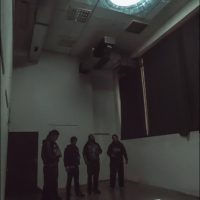 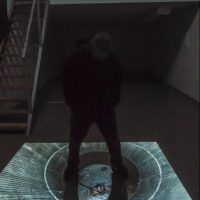 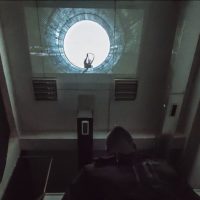 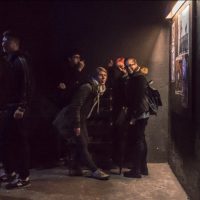 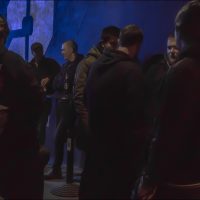 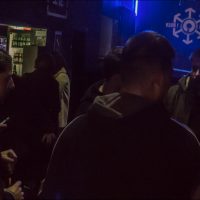