Goran Radošević was born in Split in 1988. He graduated from the undergraduate department of Design of Visual Communication at the Arts Academy in Split in 2012, and the graduate department of Animated Film at the Academy of Fine Arts in Zagreb in 2016. He participated in a number of exhibitions and film festivals such as II-IV, the Biennale of Croatian Illustration, DVK 07-12, Dan-D, Youth Salon – program Venientes, ZGRAF 12, World Animated Film Festival Animafest, Revue of Croatian Film and Video, International Festival of Animated Film NAFF, International Festival of Animated Film Constantinov, Tuzla Film Festival, Unseen Mini Film Festival, Animocje, Animation goes MSU!, Festival of Animated film Imaginaria, etc. He is the author of the illustration, trailer and teaser for the 27th Animafest. He participated in a number of student workshops, and held a few workshops for children and young designers (ex. Designer start-up). He lives and works in Split as a freelance illustrator and animation artist.

The interdisciplinary project by Goran Radošević consists of three parts, a series of 10 illustrations depicting Split modernist architecture objects (1), a prosaic commentary, and a pseudo-intellectual description for each illustration, compiled in an artist’s book called Metastatic (2). Even in the title of the exhibition the author hints at the importance of the relationship between change and constant; combined with the illustrations he lets us believe this is not about the works which primarily deal with critique or praise, but instead chooses to depict his personal relationship with the selected locations, impressions and memories. Our home, our environment, has become a part of our identity. Modernist architecture in Split usually evokes images of something massive, concrete, destroyed, dangerous, empty – but also the organized way of living from the past which seemed to possess structure, rules, order, jobs, production, fun, urbanistic logic and prudence. In which way does this type of space, with its changed or nonexistent content, shape us, and how do we connect with it? Is architecture of Split a copy of the Split state of mind?
The author views architecture as an organic, living form in cohabitation with man, adding to its scenographic character with a visualization of its new life. He depicts a story about time and transience, patina chewing away, plans which build on or destroy the space, changing color and adding diverse user and citizen experiences.
The process of creating an illustration resembles real construction work; building an imaginary, personal scenography with a real outcome. (3) That outcome is now mostly in an altered state, it continues living this way or the other in Split’s urbanic tissue. Radošević photographs the architecture objects, guides them into a computer space where he does not edit them, but instead builds and models them from the ground up – in programs for 3D modelling, and then uses 2D digital techniques to produce the final illustration. He then prints them into posters – open to reading/interpretation with a specific scene and story. These are the depictions of architecture which evolved in unpredictable, mostly degrading ways, not originally planned for it. Using a dose of humor, cynicism and irony, the author depicts scenes of life which he accompanies with prosaic texts. The texts are personal expressions of individuals, a funny comment, a possibility of action, or a short scene from everyday life. Contrasting the prosaic texts, he also adds texts with fun facts and anecdotes connected to a particular location or object.
Frank Lloyd Wright formulated the mental task of architecture as so: What is needed most in architecture today is the very thing that is most needed in life- Integrity. (4) All of us search for space of freedom, a city space to call our own, where we would feel at home, whose corners we would know inside and out, and where we would build new stories. All of that is possible in a town like Split, which is now mostly known for its urbanistic and communal mess, but where we still can find rebellion, the famous Split dišpet, even in the (dark) humor in the text and self-irony in the illustrations by Radošević.

1) Most represented architecture in Split, the modernist architecture with its dominating presence witnesses a period of sudden economic, social and infrastructural progress of the town in the second half of the 20th century. Certain structures built for different needs and events represent some of the most important architecture in Croatia. With the change in social order and the crash of the town economy at the end of the 20th century, Split urbanism and its carefully designed architecture have begun to rapidly disappear in the contextual thinking of architects, with the partially finished blocks and buildings remaining as monolith witnesses in space. A number of objects have continued to exist in their original states (living spaces), but others, despite their significance in local context, lost their purposes (business, industrial and sports architecture), and have been reduced to a compromise of dominating trends. (Goran Radošević)

2) The expression meta is used in the gamer world and it signifies a constant change of function, work, order, turn-around, functioning outside the rules, or under the influence of outside factors, while static signifies a term originating in construction/mechanics, meaning balance, consistency, firmness and stability.

4) Juhani Pallasmaa – The Eyes of the Skin, Arhitecture and the senses, p. 72 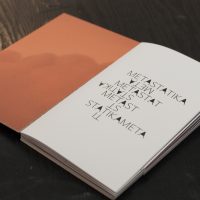 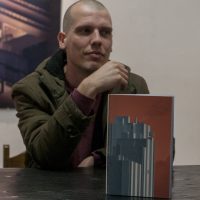 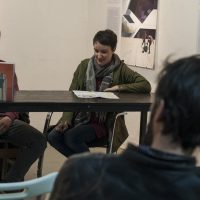 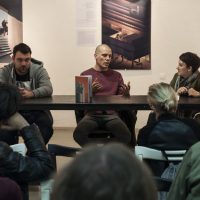 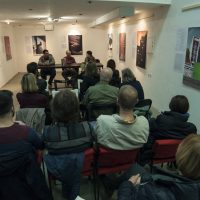 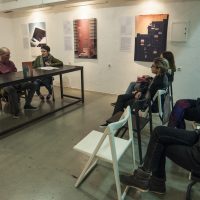 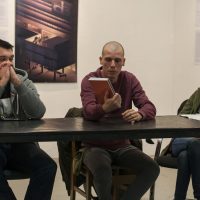 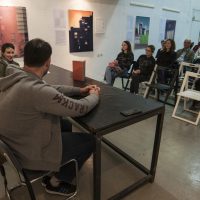 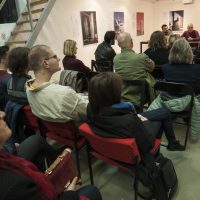 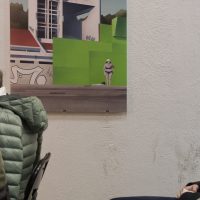 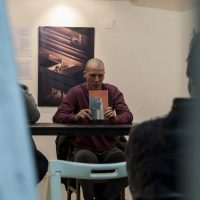 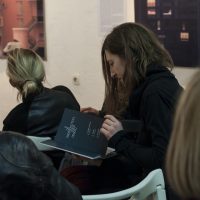 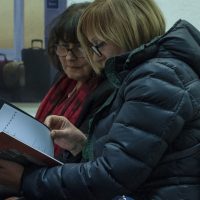 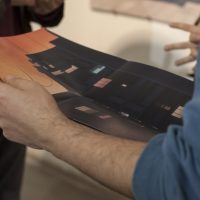 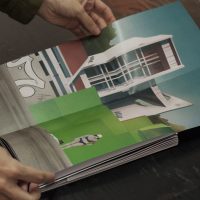 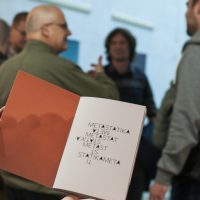